View as a pdf

“The competition is exciting, fun and the scholarships, tools and contacts will help students in their endeavors after graduation and throughout their lives,” said Chris Bracken, the professional aviation practice instructor and faculty mentor for the team.

To prepare, students took a class about aircraft on ground, and practiced individual and team events. They also learn more detail about aircraft weight and balance, the history of aviation, mechanics and human safety.

At the maintenance competition students networked with industry professionals and worked with equipment that is typically only available in industry. For example, students worked with a $12 million geared turbofan, fiber optic tools and $10,000 testing equipment.

“The students were thrilled with the experience and contacts they made with major employers,” Bracken said. “They were able to use technology that is just being developed and compete side by side with industry professionals who were equally impressed. We went to the podium four times and large companies, such as FedEx, United, American and Alaska Airlines, took notice and reached out to recruit our students.”

In addition, several team members were awarded scholarships at the event. Baune and Wright received a scholarship for training and certification to work on spacecraft. Colton was awarded a Phoebe Omlie scholarship of $2,500. Scholarship recipients had to submit an essay about Phoebe Omlie, the first woman to receive the airplane mechanics license and to be appointed to a federal aviation position, maintain a high GPA and receive recommendations from professors.

For their accomplishments, each team member was awarded a trophy, $100 gift card and a set of tools donated by Snap-On. United Airlines also donated the USU team’s airfare for travel to next year’s competition. 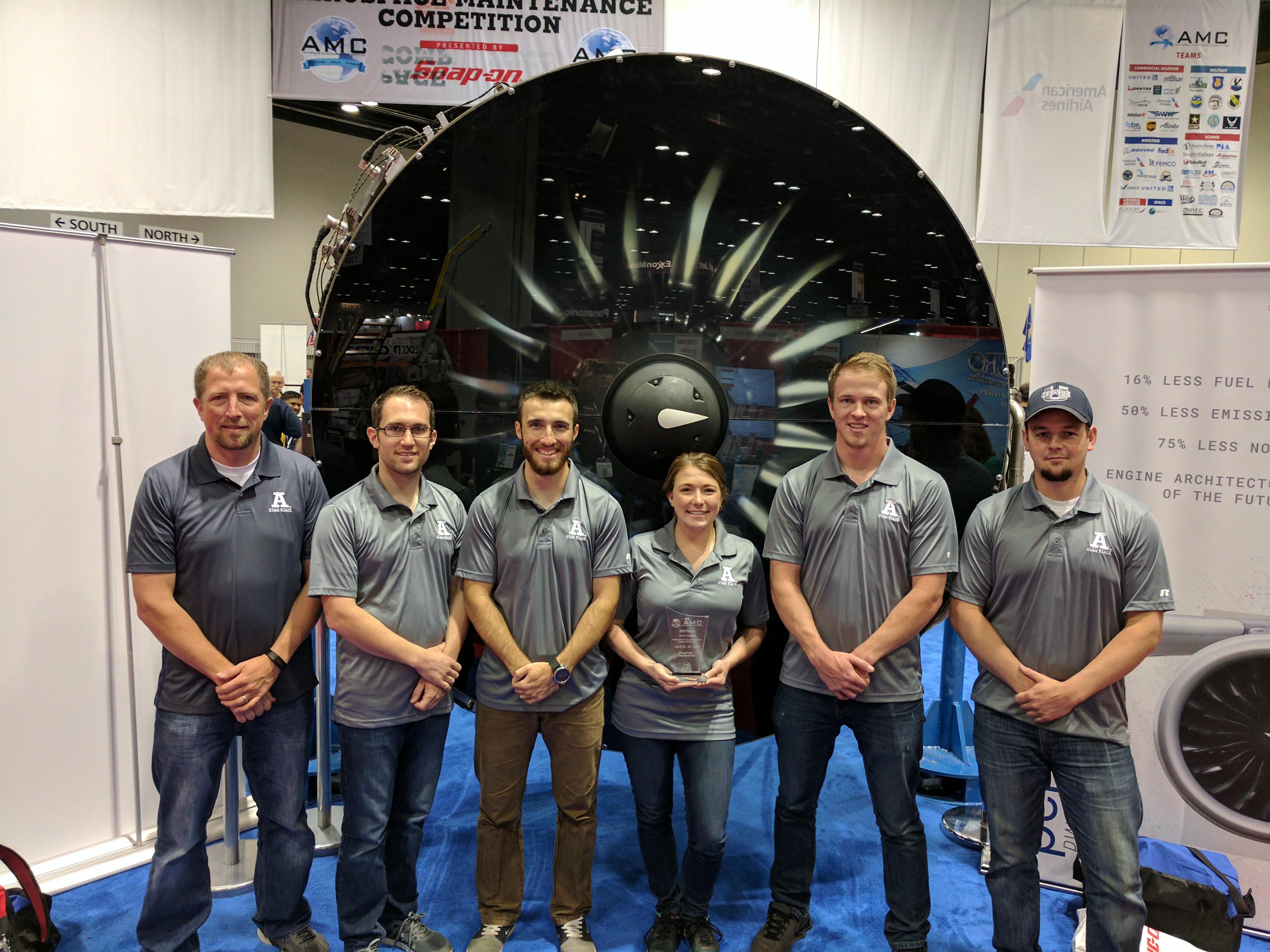 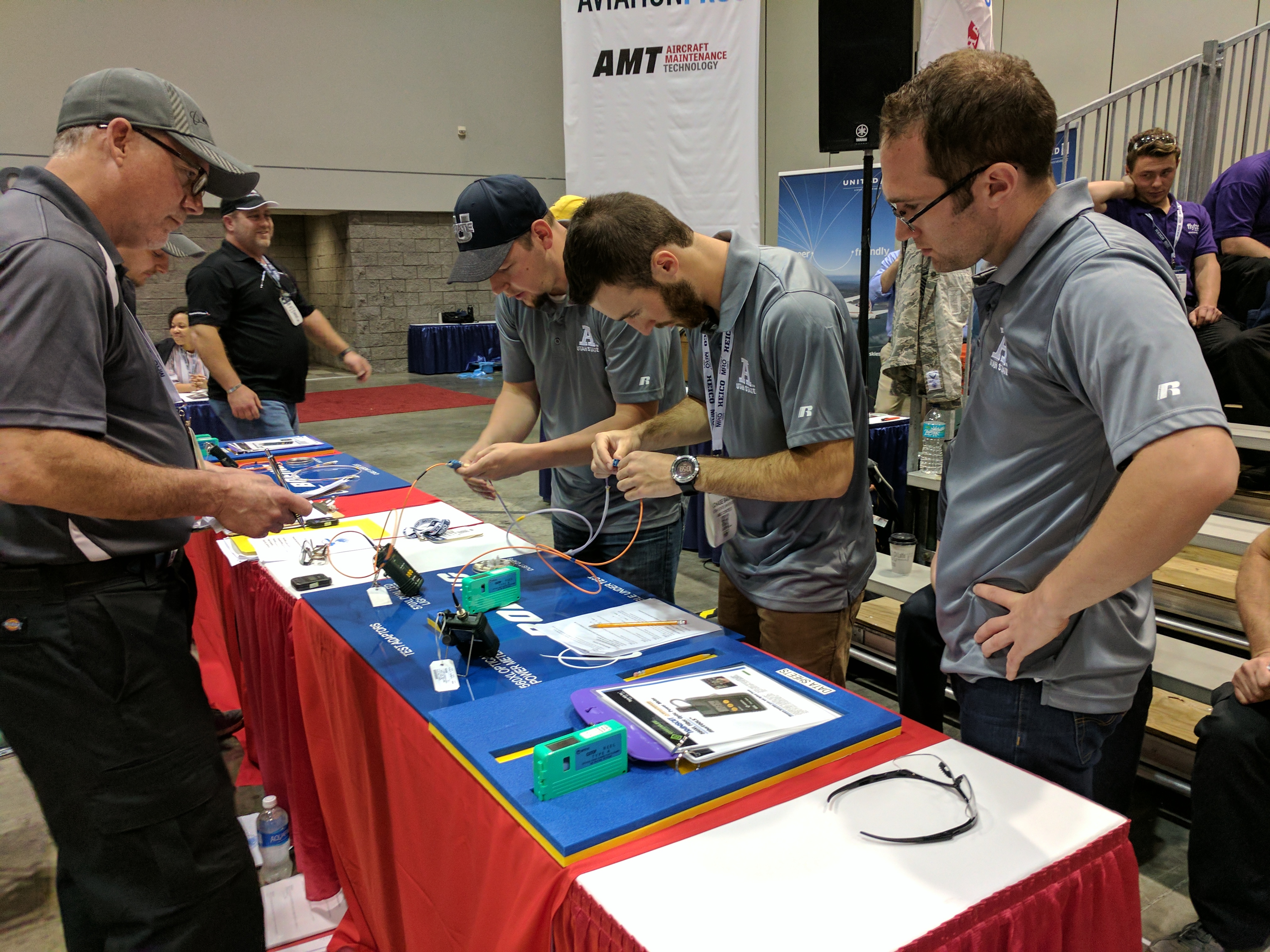